In between my junior and senior years of college I decided to study abroad in Paphos, Cyprus. I was sitting in my apartment with my sister, looking at different catalogs and debating if I should even go. As a pre-professional science major and simultaneously taking on responsibilities such as research, volunteering, shadowing, and the DAT (Dental Admissions Exam) knocking at my doorstep, I knew that studying abroad in college would mean I would most likely have to pause my other academics and take a gap year before applying to dental school. But, as cliche as it sounds, life is too short. So sitting there with my sister, I picked Cyprus out of a hat among a few other choices, and I sent in an application within a few weeks. It was one of the best decisions of my life.

Its hard to adequately describe a life changing experience. I was already anticipating beautiful beaches, ancient tourist sites, the authentic greek-turkish cuisine, adventure, tanning, swimming, and pure perfection; however, between those lines existed an indescribable experience that’ll be forever engraved into who I am today. I mean, I fell in love with a piece of concrete, which we called “the dock”, and if jumping off of a simple, ordinary platform over and over every day gave me this earth-shattering feeling of happiness… you can just imagine how incredible the things that were extra-ordinary must have felt. I had an experience that only comes from traveling if you’re willing to step out of a tourist’s comfort zone. Put down your phone, get lost, use public transportation and real maps, meet, learn, and live like locals, be willing to figure out and learn new languages, spend hours during meals deeply conversing, going to local markets and grocery stores, doing things that scare you, and most importantly, having no expectations.

But most of all, as beautiful as the island was to live on, the most special thing that came from this experience was 10+ life long friends. This experience would not have been as incredible as it was without each and every one of them. Here is a small peek into our adventures:

I absolutely love heights. There is no better grounding feeling like the boundless world around you making you realize you’re so small.

The Greek-Turkish border. Due to the Turkish invasion, Cyprus is essentially split into the Greek side and the Turkish side. Don’t be fooled by this UN “buffer zone” looking like a line to see a movie or enter a market place; you need an official passport or EU card to pass between sides due to the tension between both countries. And even though it doesn’t look as high security as the USA, what this picture doesn’t show is snipers up on the roof of some buildings in the case of daring border jumpers. Learning about the war in our classes and then going out and seeing consequences of it first hand was really astonishing.

When the local restaurant owners offer you tequila at 1 PM out of the goodness of their spirit, you can’t refuse. 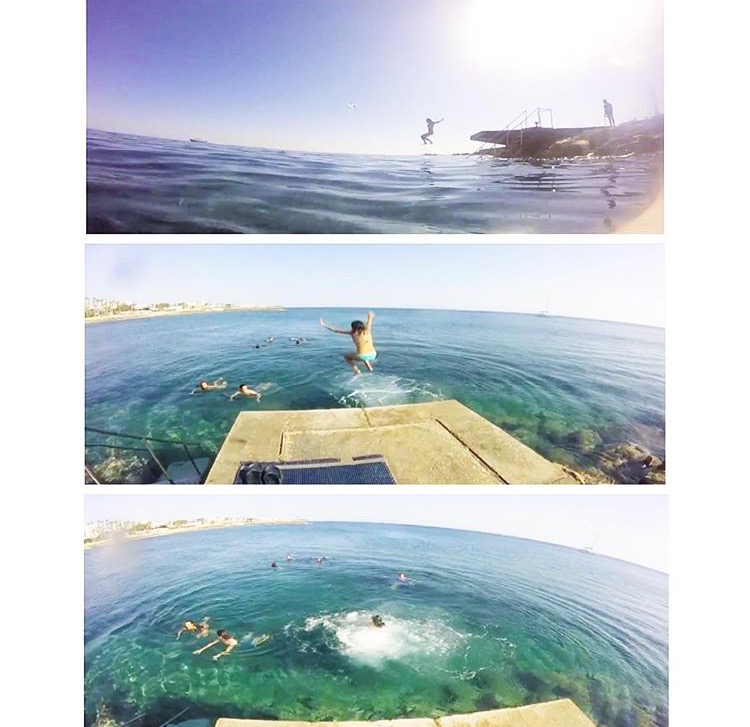 The Dock!!! This water was absolutely magical.

Frappe (A Greek/Cypriot style coffee drink) on the beach!

Look up into the sky. We saw this rainbow ring formed around the sun, and thats when I knew we were in some sort of bend in time where absolutely everything was perfect OR we had all died and come to heaven.

Lastly, some more pictures of our experience (location in caption):

Neopolis University – this is where our classes were and where us girls lived.

The villas where the boys lived. They got to live in a hotel because Pitt forgot to tell the school we were coming, so Neopolis University didn’t have room for them! 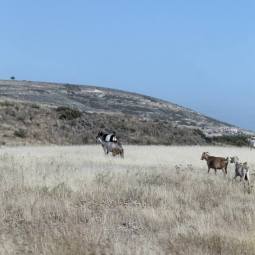 A village in the mountains.

Climbing up the mountains! 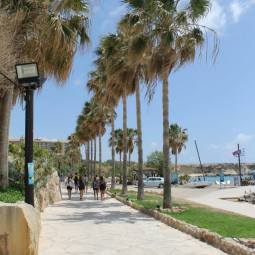 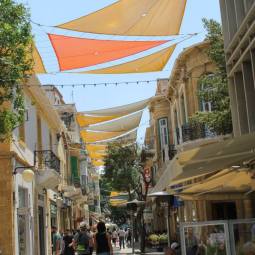 The memorial, honoring those lives lost in the Turkish invasion in 1974.

Aphrodite’s Rock. Look at that water!